The Mi Pad 4 Plus is built inside a unibody metal design, similar to the Mi Pad 4. And the surface is sandblasted, so it's very pleasing when touches. It is basically a bigger version of the Mi Pad 4, with a larger 10.1-inch display at the front. It's a 1920×1200 pixel resolution display with an aspect ratio of 16:10, whcih will be more suitable for the audio and video experience. Because of the increase in screen size, the PPI has also changed, that can support for some display features such as eye protection mode, enhanced mode, and night screen. Though with a larger display, Mi Pad 4 Plus also has a lightweight body that is comfortable when holding in one hand. The tablet's screen is accompanied by a front-facing camera which uses AI face unlock, but unlike the Mi Pad 4, the plus comes with a fingerprint scanner that is used for adding security. 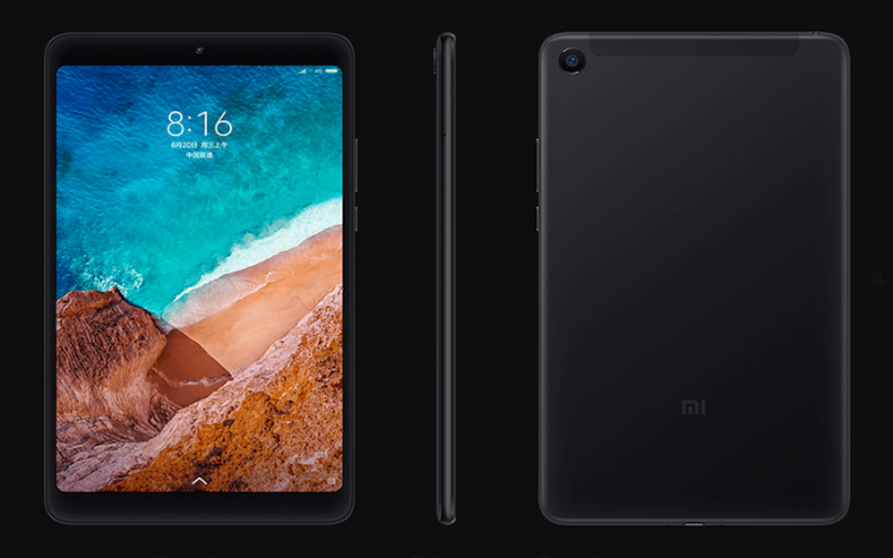 In the hardware part, the Mi Pad 4 Plus also uses the Qualcomm Snapdragon 660 AIE processor, which is paired with 4+64GB and 4+128GB combinations. It also supports expandable storage up to 256GB via microSD card slot. The Snapdragon 660 is the chipset found on a number of smartphones in the mid-range segment, and it comes with four Kryo 260 cores clocked at 2.2GHz and four Kryo cores clocked at 1.8GHz alongwith Adreno 512 GPU. It supports connectivity features like Wi-Fi, Bluetooth, GPS and 4G LTE. It comes with Android 8.1 Oreo with MIUI 9 out of the box. 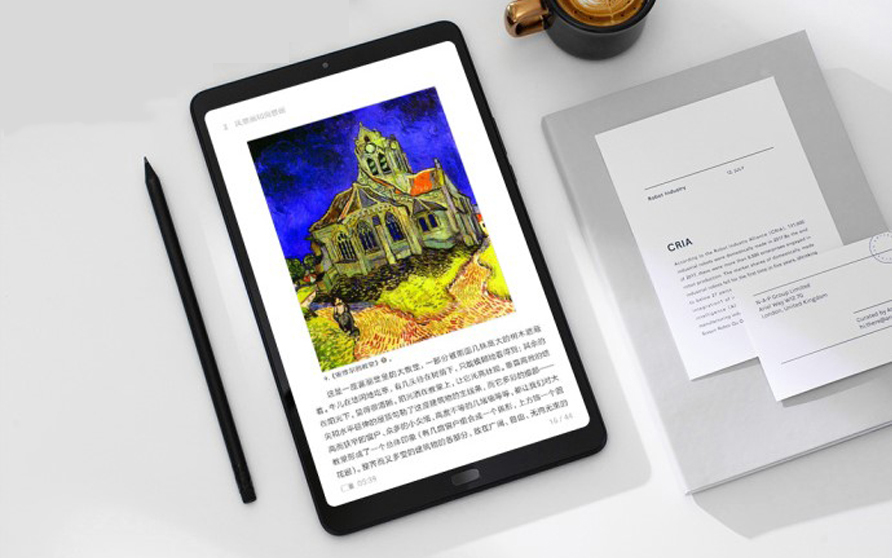 Due to the increase in overall body size, the battery capacity of the Mi Pad 4 Plus has also increased from 6000mAh to 8620mAh, and it charges over USB Type-C. Such a large increase in power has a very significant improvement in battery life. With a big capacity battery of 8620mAh, Mi Pad 4 Plus can be easily use in one day. Officially, it's said to provide up to 16 hours of video playback, 18 hours of reading, 10 hours of playing games, etc. So it is ideal for heavy users. So when you go out for a short-time trip, you can use it for a long time. 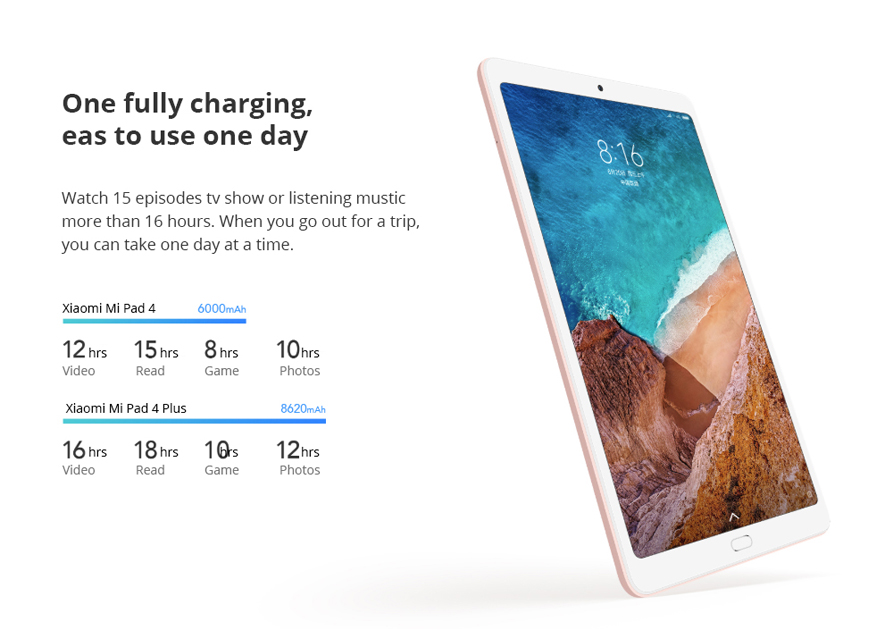 The camera configuration remains the same as Mi Pad 4. There's a 13-megapixel camera at the back and a 5-megapixel sensor on the front for imaging and video conferencing purposes, both featuring an aperture of f/2.0.

The xiaomi mi pad 4 plus tablet provides a more wonderful audio and video experience with a larger screen and larger battery capacity. It offers a stable performance too. Plus its budget-friendly price, the Mi Pad 4 Plus can be a good choice in the current tablet market. So do not hesitate anymore and buy one.