Chinese smartphone manufacturer Xiaomi has just launches its newest smartphone, the Xiaomi Mi Max 3. According to Xiaomi, this new smartphone has the biggest screen and battery capacity in Xiaomi Mi Max series. The Mi Max 3 is more than a common upgrade version over its predecessor, because it has more changes than you can imagine. What makes Mi Max 3 stand out in a range of smartphones? Let's find out the answer with more details of it.

The Xiaomi Mi Max 3 flaunts a metal unibody design. It sports a 6.9-inch display with no notch, which is a egular full-screen approach with both forehead and chin. The resolution of the phone is an 18:9 aspect ratio, and an 85.19% screen ratio, obviously the screen size has become larger. Thougn the Xiaomi Mi Max 3 has a larger screen, you can still hold it in one hand thanks to the rounded sides. With this feature, Mi Max 3 is not only comfortable for one-hand operation but also provides a better visual experience. So its bigger screen is one of the most important features that make mi max 3 stand out. Like other Xiaomi smartphones, the main camera adopts the popular vertical arrangement. There is also a fingerprint sensor mounted at the back of the phone, which is very sensitive and can unlock the device in less than 0.5 seconds. On the bottom, there is a USB Type-C interface.

Software and Hardware: In terms of software, the Mi Max 3 is running Android 8.1 Oreo with MIUI 9.5 on top of it. On the hardware side, the Xiaomi Mi Max 3 is equipped with a 2.2GHz octa-core Snapdragon 660 processor which is paired with 4GB of RAM to enable flawless performance. That means you can work on multiple apps at the same time and also play games on its big screen without affecting the performance. Like other modern phones, there are plenty of AI-assisted features in Mi Max 3, including scene recognition in the camera and face unlocking.

Camera: There is a dual-camera setup at the back of the Mi Max 3. It is a combination of a 12 MP f/1.9 1.4-micron pixel sensor and a 5 MP f/2.0 sensor for hardware bokeh effects. The primary camera is used for shooting images in the dark as there is an LED flash to aid the cause. It supports dual-pd dual-core speed focusing, AI scene recognition, intelligent recognition, and other functions. The front-camera can capture selfies or make video calls. The Mi Max 3 will apparently also be able to capture 4K video at 30 frames per second, and slow motion video at 120 frames per second, but only at 720p. 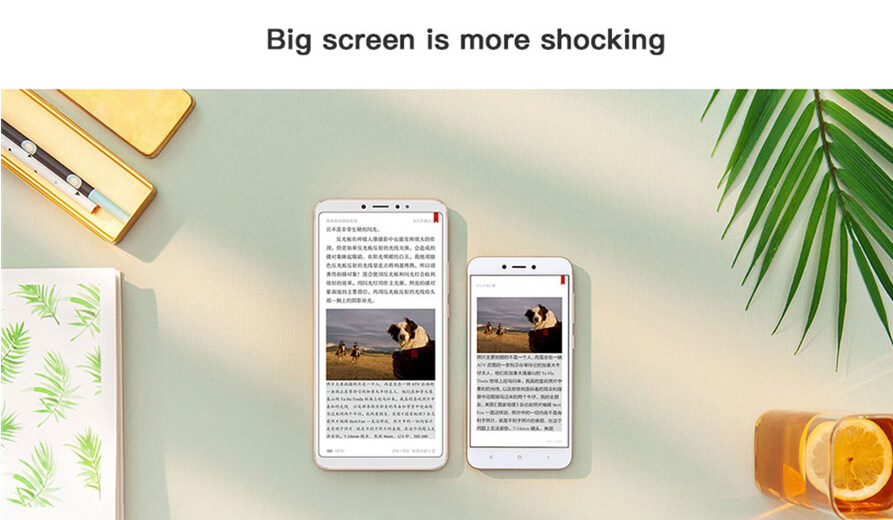 Battery: The Mi Max 3 is packing a massive 5,500mAh battery, which is another the most important feature from this amazing smartphone. Most modern flagships is equipped with a 3,000mAh battery, and some particularly large batteries has a 4,000mAh capacity. So that makes the Mi Max 3's battery very powerful. Its big battery can touted to last for more than a day even with heavy usage. Besides, the Xiaomi Mi Max 3 supports 18W Quick Charge 3.0 fast charging technology. And Xiaomi claims the battery will charge from empty to 71 percent in an hour. Considering the battery size, this result is quite satisfactory. 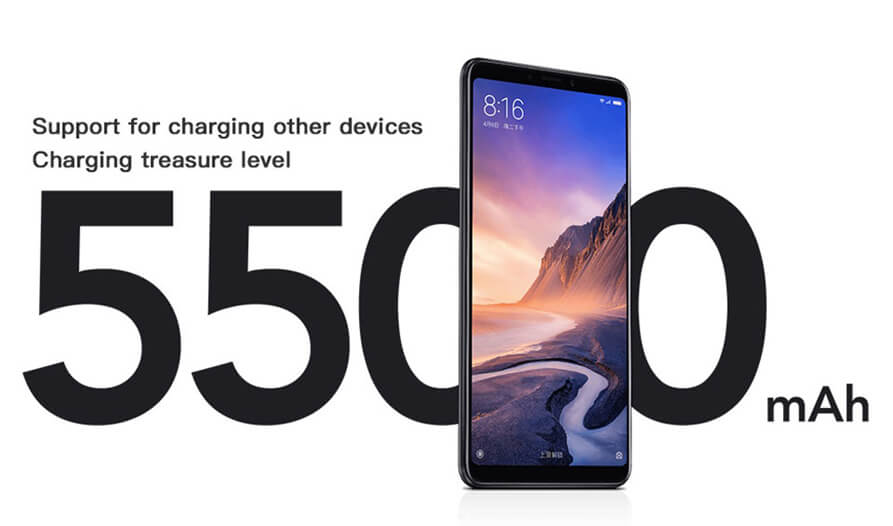 In conclusion, the xiaomi mi max 3 smartphone is a perfect option for those who need big screen and long battery life. With the full-screen design, the Xiaomi Mi Max 3 can be considered as a small-size tablet which you can even put it in your pocket. So would you consider this device as your next new phone? That may be a good decision.