Huawei has been manufacturing excellent-value mobile phones. Huawei's affordable sub-brand, Honor, has released their another feature-packed and budget smartphone, that is HUAWEI Honor 9 Lite. While the Honor 9 was cheap in the market today, the Honor 9 Lite is even cheaper. It comes with most of the features we've come to expect from a smartphone and even better. Next let's take a closer look at this budget smartphone.

The Huawei Honor 9 Lite has a pretty common design. The device is equipped with a 5.65-inch display, which is a nicely sized 5.65-inch IPS LCD screen, with decent viewing angles, contrast and strong brightness when you need to crank things up. With a 5.65-inch screen in a 6-inch body and around 7.6 mm thickness, the Honor 9 Lite is quite compact and fits well in the hand. The phone's corners are rounded too, which results in a really comfortable in-hand feel. This optimum ratio of screen size to overall size is achieved by Honor's adoption of an 18:9 aspect ratio, which can shrink the bezels, resulting in a 75.5% screen-to-bezel ratio. The Honor 9 Lite comes with 2.5D glass on both the front and the back, which is highly reflective and is almost like a mirror. The phone has a plastic frame with rounded edges, which gives it a sufficiently good grip. 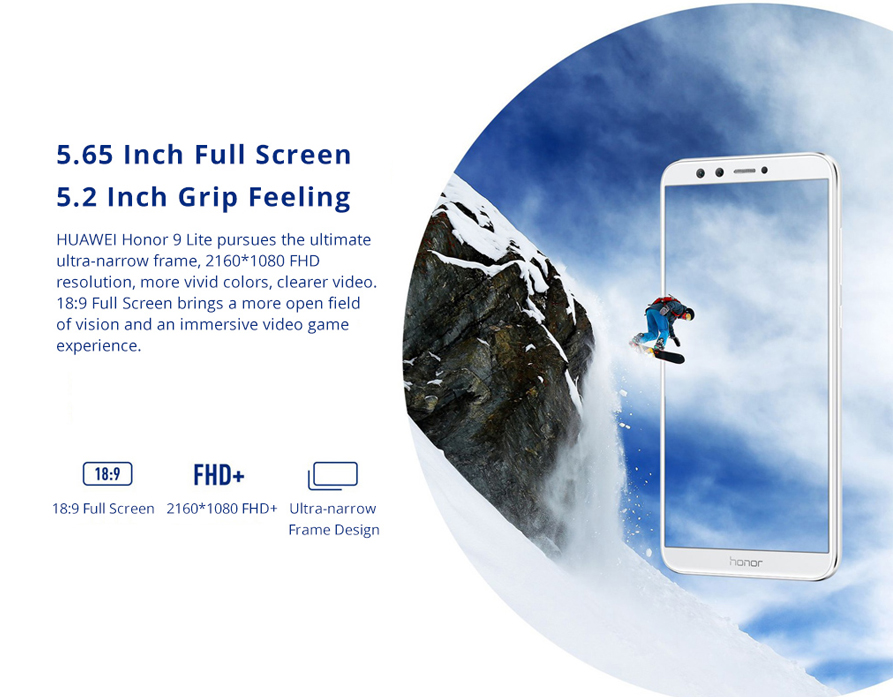 The bottom of the phone is home to a micro USB port and a 3.5mm headphone jack, along with the single speaker, while the power and volume rocker buttons are on the right-hand side. The circular fingerprint sensor is at the top-centre portion and its matte finish makes it stand out in the glossy surroundings. The build quality of the phone is impressive with elegant finishing, and the minimalist finesse is evident. Overall, the Honor 9 Lite is quite a good-looking smartphone.

One of the reasons Honor smartphones can offer more features than many other budget ones is because they have access to the cheaper processors of HiSilicon, which is owned by its parent company Huawei. The HiSilicon Kirin 659 CPU that made by Huawei has eight Cortex-A53 cores and is also the same chip that powers both the Honor 7X and the Huawei P Smart. The Kirin 659 is a lower-mid-range chip that appears to sit in the middle of Qualcomm's entry-level offerings. With a CPU that runs as fast as 2.36GHz and 3GB/4GB of high-speed memory, honor 9 lite offers a smooth multitasking experience for users – whether they're running apps or playing games. Partnered with 3GB of RAM and 32GB of storage, the phone is expandable up to 256GB via microSD card.

The Honor 9 Lite comes with Android 8.0 Oreo and Huawei's EMUI 8.0. The interface is like that of the other Honor and Huawei smartphones that are equipped with the same UI version. It looks nice, simple, and easy to navigate. Long pressing the home screen will bring up the page settings so users can tweak the home screen to their liking. 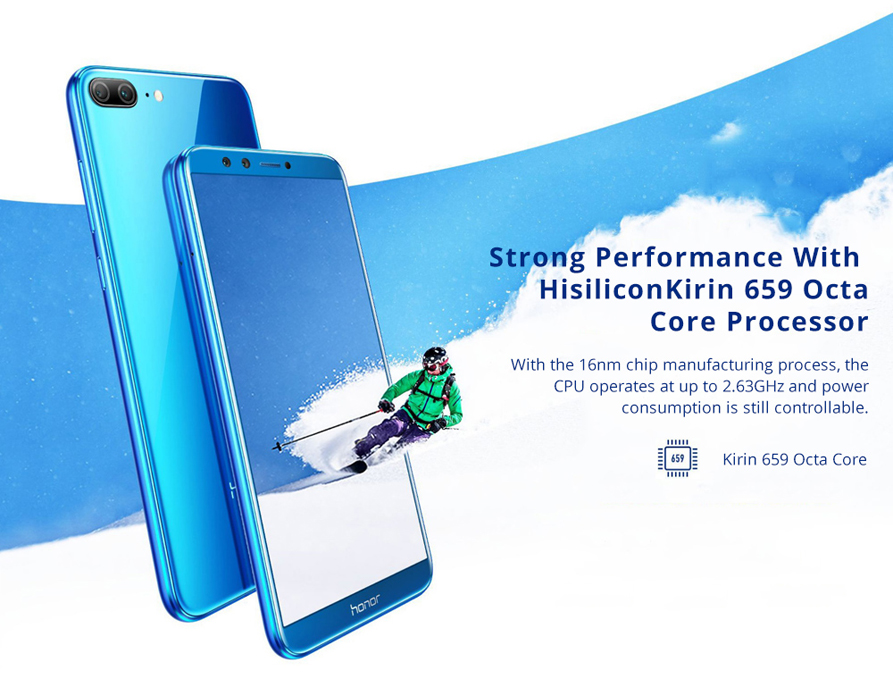 Honor 9 Lite is equipped with a dual camera setup. Both the front and rear of the device play host to one 13-megapixel and one 2-megapixel sensor. The 13 MP camera is the main sensor capturing the image data whereas the 2 MP sensor captures the depth information. Although the rear cameras are the same, they feature HDR and phase detection auto focus. The pictures taken with the front camera are very nice and quite suitable for selfies. the dual camera also enables portrait photos with depth of focus. Portrait mode also works nicely and recognizes the subject well. In good lighting, the Honor 9 Lite manages to capture some pretty good shots occasionally. With Phase Detection Autofocus (PDAF) enabling you to take quick shots without worrying too much about whether they'll be in focus. In low light conditions though, like other phones in the segment, the quality drops significantly and the photos appear weak, unsharp and grainy. Both cameras can record videos in Full HD. 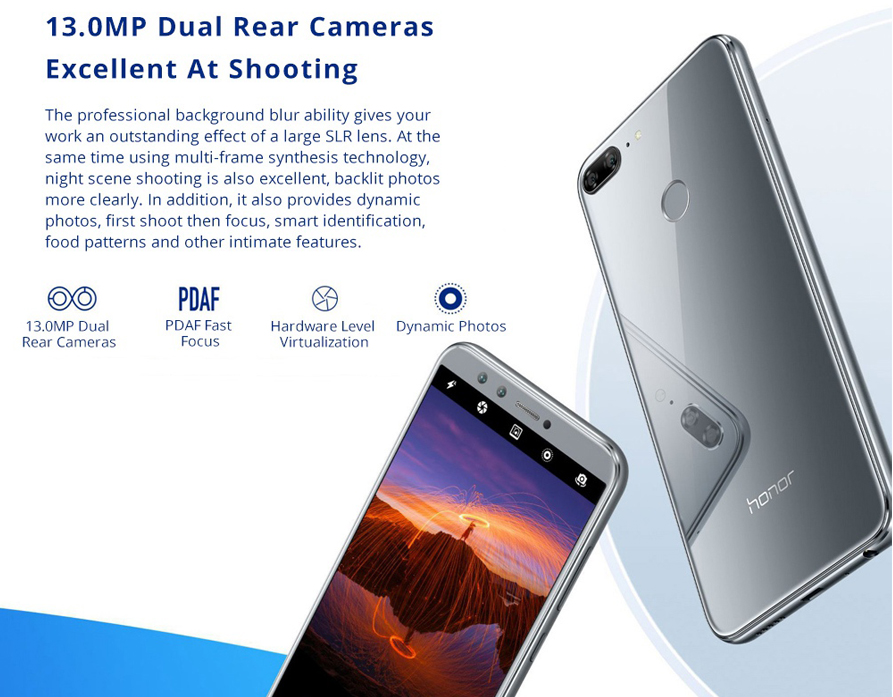 The Honor 9 Lite comes with a 3,000 mAh Li-Polymer battery which is non-removable. It supports fast charge technology, which is Huawei's fast-charging tech. Honor says this is the fifth-generation smart battery saving technology which sounds impressive. With a massive 3000mAh battery, the Honor 9 Lite allows you a whole day of usage.

The huawei honor 9 lite smartphone offers a number of strong features with an affordable price. It could be a competitor for best budget smartphones of 2018. This phone is for those who are looking for something stylish with excellent performance yet pay less. You will fall in love with it once you own it.